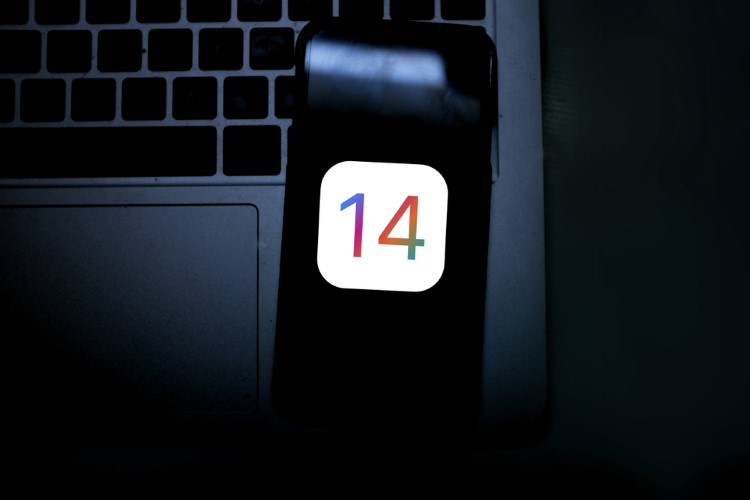 Every year in June, Apple announces the new iterations for its operating systems, including the latest version of iOS. This year, even as Apple has announced that its annual developer conference — WWDC will be held online instead of in-person, due to the Coronavirus, we’re pretty hyped to see what the company has been working on, especially for iOS 14.

The screenshots clearly show wallpapers organised into categories. The only one we can see in the screenshots is ‘Classic Stripes’, but according to code found by 9to5Mac, there will also be categories named ‘Earth & Moon’ and ‘Flowers’.

If you look at the embedded Tweet here, you would notice that the wallpaper settings show dual-displays. That is probably a part of Apple working to bring actual widgets to the iPhone, reports 9to5Mac based on iOS 14 code they have spotted. In order to not make the home-screen look crowded when overlaid with widgets, it seems Apple will give users the option to set a wallpaper for the lock-screen and a blurred-gradient for the home-screen.

It goes without saying that as interesting as these features sound right now, this information is based on leaks and should be taken with a pinch of salt. We will get to know more about iOS 14 in June, when Apple shares all the new stuff that’s coming to iOS, macOS, and other software products, so stay tuned. 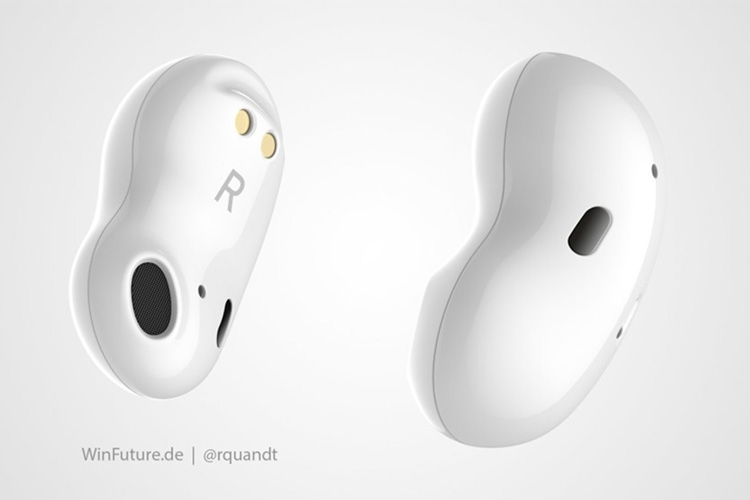 South Korean giant Samsung has so far already launched two pairs of truly wireless earbuds this year alone — the Galaxy Buds+ and the AKG N400 — and it’s only April. However, a new leak has already popped up showing what the next iteration of the company’s Galaxy Buds could look like and believe me, if you were complaining that the Buds+ didn’t look any different from the Buds, well, these new ones will probably shut you up.

According to a report from Winfuture and Roland Quandt, the next generation of Galaxy Buds are codenamed ‘Beans’ which is extremely apt based on the 3D renders shared by Roland Quandt on Twitter.

Pics/renders based on actual 3D design data used to make them. These launch in a few months. In Evaluation phase right now, so design could still change. https://t.co/UIk6KaYHBh

According to Quandt, the renders have been made using actual 3D design data, and even though all the usual warnings about taking this information with a pinch of salt obviously apply here as well, let’s just stop and look at these for a moment.

“These look like kidney beans” seems to be the general consensus among tech journalists around the world, and I’m not sure if that’s a good thing or not. On the plus side, they will not protrude outside the ear, which looks a little odd. However, the renders also don’t show any silicone earbuds, which probably means no ANC either, and that would be a crucial feature to miss out on.

If the report is to be believed, Samsung is currently in the Engineering Validation Test phase for this design, which means these are far from finished. However, the report also says that they should launch this year, in a few months. I took that to mean that they will be launched alongside the Note 20. We’ll just have to wait and see.

In Europe, officials, doctors and engineers are looking at how smartphones could be enlisted in the war against the spread of the new coronavirus.

The The OnePlus 7T and OnePlus 7T Pro updates also bring along improvements to the slow-motion video feature inside the Camera app.

Amazon.com has been in contact with the CEOs of two coronavirus test makers as it considers how to screen its staff and reduce the risk of infection at its warehouses, according to internal meeting…

The admin needs to just generate a free unique link with one click, share it with participants and begin the meeting.

Samsung Galaxy A21’s volume and power buttons sit on the right edge, while the quad cameras at the back are aligned vertically – one below the other – and placed on the top left corner of the…

technology news
Create a free website or blog at WordPress.com.